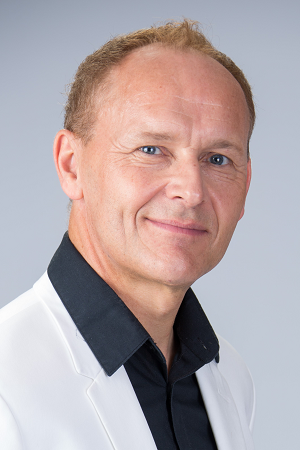 Maestro Andrew Sewell enters his sixth season as music director of the San Luis Obispo Symphony and twenty-third season with the Wisconsin Chamber Orchestra, having had long tenures with the Wichita, Toledo and Mansfield, Ohio Symphonies.  Known for his innovative programming and knack for discovering new talent, Sewell is a highly skilled orchestra builder with a wide knowledge and range of repertoire. In demand as a guest conductor, he has led the Toronto, Detroit, Milwaukee, Columbus, Syracuse, Illinois, Monterey, Gulf Coast and Eugene Symphony Orchestras, as well as the New Zealand Symphony Orchestra, Auckland Philharmonia, Christchurch Symphony, National Symphony of Mexico, Kyushu Symphony (Japan), City Chamber Orchestra of Hong Kong, OK Mozart Festival, WI Peninsula Music Festival and Masterworks Festivals in the US and London. In 2019, Maestro Sewell returned to guest conduct the City Chamber Orchestra of Hong Kong for the seventh time, in honor of their twentieth anniversary season.

A native of New Zealand, Maestro Sewell received his music training on the violin, piano and cornet, and began conducting at age 16. Six years later, he made his professional opera debut with the Mercury Opera and the Auckland Philharmonia Orchestra.  Winning the Australian Guarantee Corporation’s Young Achiever’s Award allowed him to further his studies abroad. Sewell holds a Master of Music degree with Honors in Conducting from the University of Michigan

The summer Concerts on the Square in Madison continue to expand, drawing weekly crowds of 45,000 people and are a highlight of the summer.  While not conducting, he enjoys cycling and other outdoor pursuits and visiting family in New Zealand. He and his wife, Mary have three grown children and reside in Madison, Wisconsin.  Over the years he has been credited with numerous awards for services to music including the 2017, Service to Music Award from the Association of Wisconsin Symphony Orchestras, the 2013 Rabin Arts Youth Award for Individual Achievement by the Wisconsin Youth Symphony Orchestra, the 2005 Best Individual Artist Award by Wichita Arts Council, and 2005 Musician of the Year by the Wisconsin State Journal, for services to music and the greater arts community. You will often see him at a local coffee shop, grocery store or cycling on the backroads of Wisconsin or San Luis Obispo.

Thank you to our Music Director sponsor : The Foulke Correa Foundation