The San Luis Obispo Symphony closes a remarkable season with an unforgettable evening of Russian Romance. Featuring the most beloved and influential composers of Russia, this concert will take you on a breathtaking journey through a vast and complicated land and its culture. 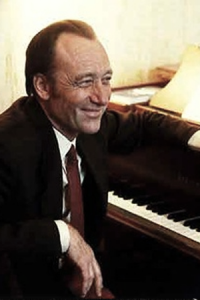 Rodion Shchedrin (b. 1932) is an accomplished pianist as well as a highly decorated composer in his native Russia. His wide range of compositions includes operas, vocal music, piano, chamber and orchestral works. The Little Humpbacked Horse is a hugely popular ballet based on a Russian folktale, one which has been revived and re-imagined a number of times since its first incarnation in 1864. Shchedrin’s 1956 version is a modernist tour de force, bouncing joyfully along with humor and a touch of mischievousness that makes it one of his most popular works to date. 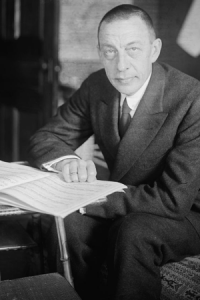 One of the best known Russian composers of all time, Sergei Rachmaninoff (1873 – 1943) is known for his rich, melodic works that frequently feature piano. Rhapsody on a Theme of Paganini is one of only six original pieces composed during the last 25 years of Rachmaninoff’s life, following his flight from Russia after the revolution. It was inspired by a simple tune by violinist Niccolò Paganini, whose compositions were so technically difficult that legends arose that he had sold his soul in exchange for his masterful talent. Rachmaninoff’s “Rhapsody” consists of 24 variations on one of Paganini’s most popular works. The 18th variation, which inverts the melody and is therefore played “upside down”, is the most well known. 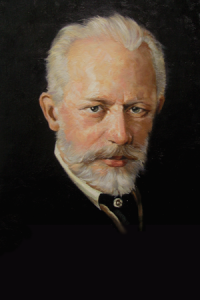 Pyotr Ilyich Tchaikovsky (1840 – 1893) gained worldwide acclaim through a musical style that blended traditional Russian and Western elements. Though some contemporary critics were dismissive – Russians thought his work was too European, and Europeans too Russian – Tchaikovsky has always remained popular with audiences around the globe. His Symphony No. 2, nicknamed the “Little Russian” symphony, borrows from three Ukranian folk songs. Despite its initial success, Tchaikovsky was unsatisfied and spent considerable time revising the symphony nearly a decade after its premiere. It is this revised 1880 version that is most commonly performed today.

Winner of the 2005 World Piano Competition which took place in Cincinnati, OH, Mr. Yakushev received his first award at age 12 as a prizewinner of the Young Artists Concerto Competition in his native St. Petersburg. In 1997, he received the Mayor of St. Petersburg’s Young Talents award, and in both 1997 and 1998, he won First Prize at the Donostia Hiria International Piano Competition in San Sebastian, Spain. In 1998, he received a national honor, The Award for Excellence in Performance, presented to him by the Minister of Culture of the Russian Federation in Moscow. Most recently, Mr. Yakushev became a recipient of the prestigious Gawon International Music Society’s Award in Seoul, Korea.

Mr. Yakushev attended the Rimsky-Korsakov College of Music in his native St. Petersburg, Russia, and subsequently came to New York City to attend Mannes College of Music where he studied with legendary pianist Vladimir Feltsman. Learn more at www.ilyayakushev.com.

SHCHEDRIN
The Little Humpbacked Horse
RACHMANINOFF
Rhapsody on a Theme of Paganini
TCHAIKOVSKY
Symphony No. 2 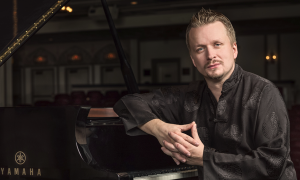