The San Luis Obispo Symphony takes you on a sublime journey to Heaven and Earth with selections that celebrate the beauty of divine myth, and of everyday life. 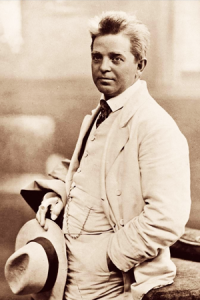 Carl Nielsen (1865 – 1931) is Denmark’s best-known composer. A violinist and occasional conductor of the Royal Danish Orchestra, Nielsen premiered his first professional composition, Suite for Strings, at the age of 23. In 1902 he accompanied his wife, famed sculptor Anne Marie, while she went to Athens to study Greek art. Inspired by the mythology and the breathtaking views, Nielsen composed one of his most widely beloved works, the Helios Overture. The work depicts the rise and set of the sun over the Aegean Sea. From quiet darkness the music swells into a bright fanfare, ascending into the heavens, before gently sinking back into silence. A fantastic orchestral showpiece, “Helios” demonstrates why Nielsen earned his reputation as one of Denmark’s most influential musicians. 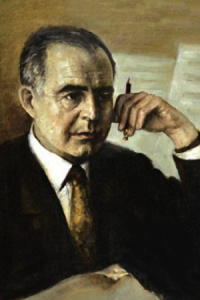 When Samuel Barber (1910 – 1981) first read a short essay by James Agee reflecting dreamily on his childhood, something stirred. The essay, titled Knoxville: Summer of 1915, would go on to great things: as the preamble to Agee’s Pulitzer-winning book A Death in the Family, and as the basis for Barber’s rhapsodic orchestral work. Usually performed by soprano, “Knoxville” is a description of life from the perspective of a young boy. The piece doesn’t follow any particular narrative, but instead offers stream-of-conscious impressions of a warm Southern evening – people talking, streetcars rolling past, lying in the long grass. Nostalgic, warm and richly-textured, “Knoxville” remains one of Barber’s most beloved works. 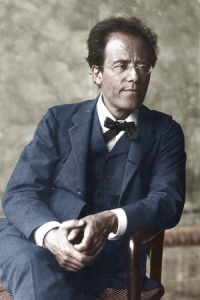 Gustav Mahler (1860 – 1911) wrote a series of songs set to German folk poetry, but one in particular stuck with him. From the poem Der Himmel hangt voll Geigen (“Heaven is Hung with Violins”), Mahler composed a piece for voice and piano he titled Das himmlische Leben (“Heavenly Life”) in 1892. But the simple song demanded more, and Mahler quickly orchestrated it and began performing it frequently in concert. He had such affection for the song that he decided to use it in his Third Symphony, only to decide to hold on to it a little longer. By the time he began work on his Fourth Symphony in 1899, Mahler had to work backwards to lead each movement toward Das himmlische Leben, which would serve as the work’s finale. In so doing, he linked his Third and Fourth Symphonies into a unified story, a journey from earthly complexity toward divine simplicity and innocence, encompassed by a child’s vision of Heaven.

Amy Goymerac, local Central Coast soprano, is thrilled to be making her San Luis Obispo Symphony debut in the 2019-2020 season. Also at home in the world of opera, Ms. Goymerac has recently had two role debuts with companies in California, Susanna (Le nozze di Figaro) with Center Stage Opera in Los Angeles and Pamina (Die Zauberflöte) with our local Opera San Luis Obispo. Jumping to contemporary opera, in April of 2019 she will perform the role of Charlotte in the concert premiere of Kirke Mechem’s newest opera, Pride and Prejudice, with Redwood Symphony.

Ms. Goymerac’s East Coast debut was at the Amherst Early Music Festival in New London, Connecticut during the summer of 2017. There she performed roles in two rarely seen early operas, Fortune in Cavalli’s Erismena and Mrs. Peachum in John Gay’s The Beggar’s Opera. Ms. Goymerac completed her Master of Music degree in Vocal Performance at the San Francisco Conservatory of Music. She currently studies with Sheri Greenawald of the San Francisco Opera Center and manages studios both privately and at California Polytechnic State University, San Luis Obispo. 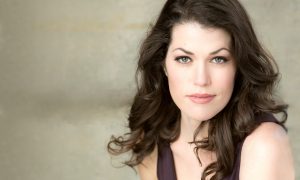