The San Luis Obispo Symphony continues the tradition of honoring our nation’s great composers with American Classics. Always a popular offering in our “Concerts in the Cohan” series, our November concert highlights American musicianship with both classic favorites and exciting contemporary pieces. 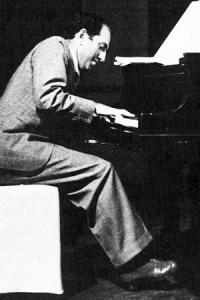 George Gershwin (1898 – 1937) spent his brief career defying musical conventions. His compositions blended classical with the burgeoning jazz style, creating a whole new sound that was uniquely American. Girl Crazy was one of Gershwin’s many collaborations with his brother Ira, who provided the lyrics to the hit Broadway musical which debuted in 1930. The overture showcases refrains from several of the numbers in the show, including the triumphant “I’ve Got Rhythm” and the haunting “But Not for Me”. 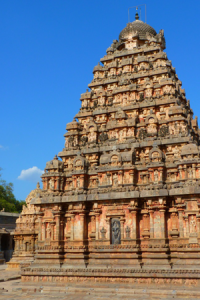 Composer, teacher, and performer Mark Hetzler (b. 1968) embarks on an ambitious exploration of the major religions of India in his Three Views of Infinity. It consists of three movements: ‘Morning Prayer in Sheshadripuram’, which echoes the mullah’s chants; the atmospheric and moody ‘The Temples of Belur, Halebudu & Shravanabelagola’; and concludes with the lively ‘Mangalore to Bangalore Express’. 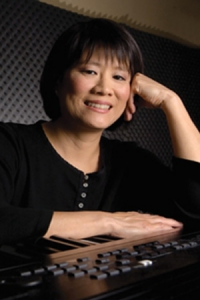 Award-winning composer Stella Sung drew inspiration from the works of Norman Rockwell, whose ubiquitous art has defined Americana, both here and abroad, for decades. In Rockwell Reflections, her highly acclaimed composition for orchestra, Sung explores the use of technology and visuals to enrich the experience of listening to music. Typically, a selection of Rockwell’s paintings are projected during the performance. A short film version of the work won the Cultural Arts Award at the 2009 International MOFILM short film festival. Steeped in nostalgia and warmth, Rockwell Reflections was composed for the 2007 “American Chronicles” museum exhibit of Rockwell’s paintings. 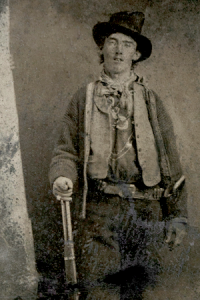 Suite from Billy the Kid

Aaron Copland (1900 – 1990) is one of America’s most beloved composers, known for his populist works that were written to appeal to a broad audience. Much of Copland’s work celebrates the American pioneer spirit and the expansive landscape of the West. His 1938 ballet Billy the Kid incorporates several folk songs and cowboy tunes in a sweeping, romantic portrait of the rugged terrain where the story takes place. Written while he was living in Paris, Copland doubted his abilities as a “cowboy composer” – however, the result was one of his most popular and often-performed works.

Click here to hear Copland’s Suite from Billy the Kid >

Born in Sarasota, Florida in 1968, Mark Hetzler began playing his father’s trombone at the age of twelve. He went on to receive a B.M. from Boston University and an M.M. from the New England Conservatory of Music. Mark was a fellow at the Tanglewood Music Center and completed a three-year fellowship with the New World Symphony, under the direction of Michael Tilson Thomas.

As a member of the Empire Brass Quintet from 1996-2012, Mark performed in recital and as a soloist with symphony orchestras around the world, and appeared on live television and radio broadcasts in Asia and the United States.

Mark appears on several Empire Brass CDs on the Telarc label, including Firedance, The Glory of Gabrieli, and a recording of Baroque music for Brass and Organ. Mark has released twelve solo recordings on the Summit Records label, featuring classical, jazz and electro-acoustic genres. Active in the creation of new music, he has worked with composers in some of the leading new music research studios around the world. In addition, Mark is active as a composer and arranger, fusing classical styles with many non-classical influences. He can be heard performing his own original music on an electric trombone in the adventurous new music group Mr. Chair, both live in concert and on their new release Nebulebula.

Former Principal Trombone of the Hartford Symphony Orchestra, Mark has performed with the Minnesota Orchestra, the Boston Symphony Orchestra, the Boston Pops and the Florida Orchestra. He is the Professor of Trombone at the University of Wisconsin-Madison and a member of the Wisconsin Brass Quintet. Mark is a Getzen Performing Artist who plays the 4147-IB Custom Reserve tenor trombone. Learn more about Mark at www.markhetzler.com and www.mrchairmusic.com 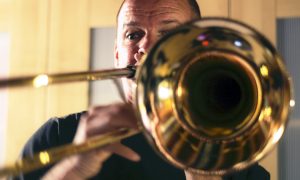